Two men working at an under-construction home in Charlestown were injured after the scaffolding they were standing on collapsed. 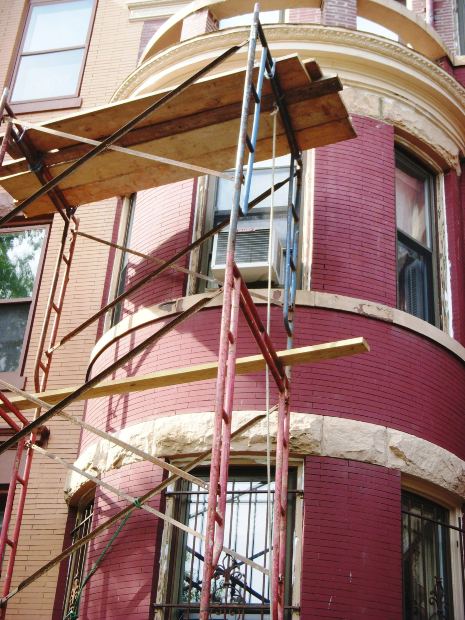 The construction business remains the most hazardous work industry in the United States, accounting for nearly 20% of all workplace fatalities annually. While both victims in this case are expected to survive, the incident serves as yet another reminder to construction workers of how dangerous their job can be. Carpenters and roofers incur risky situations on a day-to-day basis, and among these types of workers, falls are the leading cause of injury or death. In a report published by The Massachusetts Coalition for Occupational and Safety Health, out of the 32 reported work-related deaths in Massachusetts last year, six were cause by falls.

Scaffolding is used as a temporary platform that is used to help build, install, repair, or reach any surface that cannot be reached by ladder. Scaffolding incidents can occur for a number of reasons including incorrect assembly and improper manufacturing. Accidents can also happen when supports fail or collapse, when scaffolding is broken, scaffolding is wet and a worker slips and falls, or when workers are inadequately trained on how to operate equipment.

Approximately 2.3 million men and women or 65% of those in the construction industry work on scaffolds in the United States. Protecting workers on construction sites where scaffolding is commonly used may prevent an estimated 4,500 injuries and 60 deaths each year, according to OSHA.

No matter what the actual cause of the incident-whether it was a misstep by the victims, a manufacturing defect with the scaffolding or any other circumstance that caused the men fall, ultimately the construction company may be liable. By OSHA standards, employers are responsible for providing safe work environments for all of his or her employees to prevent hazardous situations that pose the threat of serious bodily injury or death. Though the details of this situation are still vague, what can be discerned is that had proper safety precautions been taken; such as the use of a safety harness, the men’s injuries may have been prevented.

In addition to the physical injuries a worker may sustain in a scaffolding accident, victims and their families must also cope with a great deal of emotional and financial stress. Costs associated with a work injury can include medical bills, lost wages, and psychological care. If you have a question about workplace injury or if your loved one was the victim of a workplace fatality, call one of our experienced Boston Workers’ Compensation Attorneys for a free initial consultation to discuss filing a workers’ compensation claim. One of our seasoned lawyers at Altman & Altman will thoroughly investigate your work injury case and examine all avenues of recovery for you. There may be third parties who can be held liable for your loss, such as the manufacturer of a defective piece of equipment or a negligent contractor, and we can file claims or lawsuits against all negligent parties so that you receive the compensation you deserve.